In a hybrid Exchange environment of Exchange 2013 and Exchange Online, mail sent to a specific distribution group was only delivered in some mailboxes.

The issue had the following characteristics

The error in Exchange Online was:
Reason: [{LED=550 permanent failure for one or more recipients ‎(emailaddress:550 Empty envelope senders not allowed)

So, what does this “550 Empty envelope senders not allowed” message tell us? Apparently, the on-premises mail gateway rejected the message, because envelope senders was missing.
According to this Microsoft KB-article, the values ReportToManagerEnabled and ReportToOriginatorEnabled should not be both $false

As you can see, both values were set to False. This caused the error.

To verify all your distribution groups, run:
Get-DistributionGroup | ft Displayname,*Report* 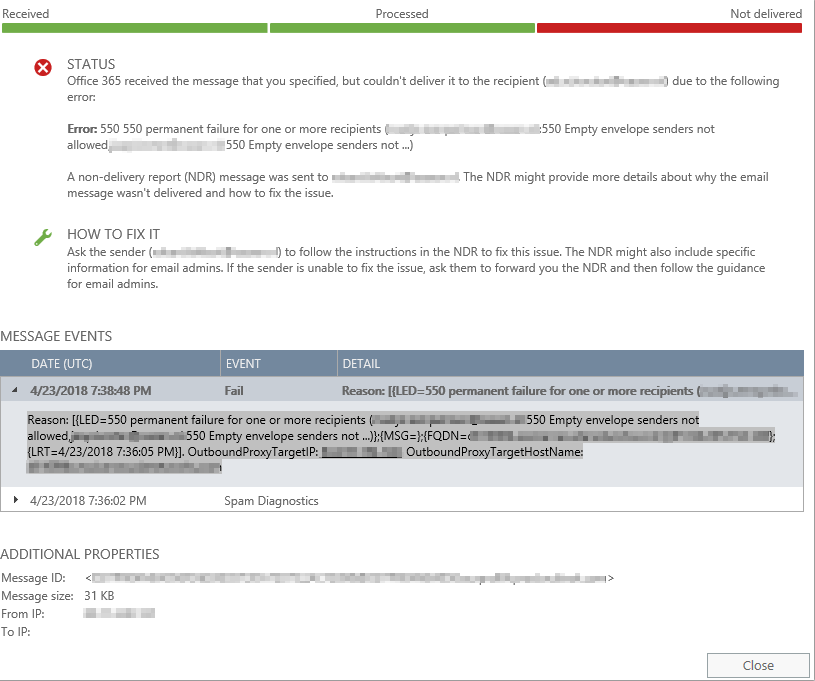